When the gardening season starts to wind down, gardeners across the world begin their winter preparations. This includes disposing of spent plants, winterizing garden beds, storing planters and pots, and wondering what to do with your old potting soil. While dumping or trashing may be your go-to action for the old potting soil, consider taking a more reduce, reuse, recycle approach.

What to do with old potting soil – 5 ideas

Compost piles are beneficial for the environment, as well as for your plants. And using your old potting soil in your compost pile is one of the easiest ways to get rid of the soil while still benefiting your garden.

To make a compost pile, you will need enough materials to keep the pile at least 3 feet deep, according to Better Homes and Garden. Mix one part green materials (such as grass trimmings, livestock manure, worm casings, and kitchen scraps) with three parts brown material (such as cardboard, wood shavings, and branches), and then water the mixture until damp.

Make sure to  water regularly to keep the compost damp but not soggy. Use a garden fork to turn and mix the compost pile once a week. Mix in the old potting soil at this time to help break down the compost pile quicker. Your compost is ready to use when the pile is brown, dry,  and no longer gives off heat. You can add up to six inches of the compost to your flower and garden beds, or use it for compost tea.

2. Store the Old Potting Soil for the Next Season

Keeping that old potting soil for next season can help save you money, since you won’t need to buy as much soil for your plants next year. And who doesn’t love saving money? With that said, however, old potting soil has little to no nutritional value, so you will need to add soil amendments, such as compost or fresh potting soil, to the old dirt before using it. 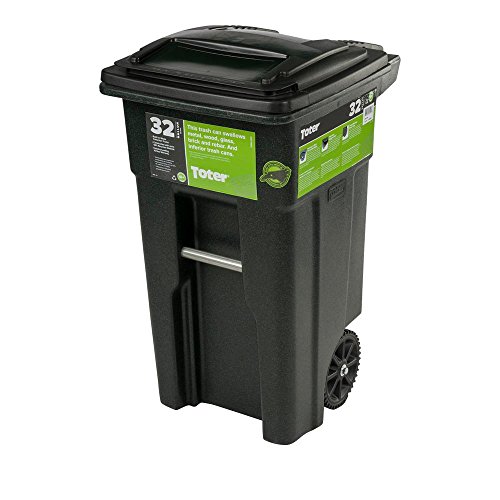 The old potting soil can be stored in just about any type of storage container. However, you will want a container with a lid to help keep bugs from overwintering and laying their eggs in the soil. A garbage can with a lid and wheel is ideal since you can easily transport the soil from one area in your yard to the next. Something like this would do nicely.

Since the old potting soil won’t be the plants’ permanent home, it’s okay to use old soil that doesn’t have much nutritional value. One of the great things about a plant exchange is that you can customize it to fit your personality and desires. You can keep the event small, inviting only family or friends, or have a larger-scale plant exchange and invite your whole neighborhood.

Plants that grow from a bulb or ones that spread, such as daylilies, spider plants, hostas, and jade plants, are ideal candidates for a plant exchange. You can also thin out your beds that may be getting too full. That way you get rid of unwanted plants without simply throwing them away.

Whether from normal use or underground tunnels made by moles, holes in your yard are more than an annoyance, they are a hazard that can cause serious injury. This is where that old potting soil comes in handy. Simply use that old soil to fill in any holes or dips in your yard.

5. Grow Potatoes in a Bucket

Potatoes are easy to grow, but they do require a lot of soil, which is where that old potting soil comes in handy. All you will need is a food-grade 5-gallon bucket, a drill, the old potting soil, and compost. Here’s a 6 pack of food grade 5 gallon buckets on Amazon.

To make the potato growing bucket, start by drilling a few holes in the bottom of the bucket for drainage. Mix equal amounts of the old potting soil with compost, and then fill the bucket with about four to six inches of the soil mixture. Water the soil until moist but not soggy.

Place about five potatoes, eyes facing upward, in the bucket. Cover the potatoes with a few more inches of the soil and water deeply. The potato plants will begin to grow within a couple of weeks.

A few things to keep in mind …

Avoid using any potting soil that once housed unhealthy or diseased plants, since the soil can be home to various pathogens, such as bacteria, diseases, fungi, and viruses. Even if the old potting soil wasn’t used with diseased plants, it’s a good idea to practice the saying “better safe than sorry” and sterilize the old soil before using it in compost piles or around other plants.

Sterilizing potting soil isn’t difficult and is accomplished with the help of solarization, which uses the sun’s rays to kill diseases, pathogens, and even seeds. This can be done by filling black garbage bags with the old potting soil.

The bags will need to be black since they absorb more heat than white or clear garbage bags. Once you have the bags filled with the old soil, tie them shut, and then lay them out flat in the sunniest spot of your yard. Allow the bags to sit in that sunny spot for at least 7 days before using them.

8 Awesome Caves in Tennessee (That You Can Visit!)

How Long Can You Leave a Boat in Freshwater?